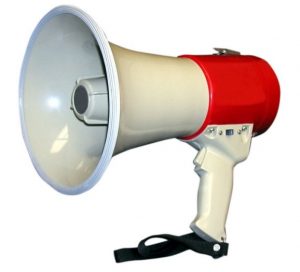 What started as a perfectly harmless eveing of Korean BBQ and Soju, spending time with dear friends and colleagues, took a turn for the worse, when someone suggested heading for the Bar in the Hotel Lobby, where a hot band from the Phillipines was playing Hit Cover Songs !

The quality of the singing was quite good… and the keyboard player was doing a great job. Perhaps it was the Soju… maybe the Beer… Perhaps the Scotches ?!?  But something was grating on my last nerve, but I couldn’t place it, at first.

But, whatever it was, was getting under my skin something fierce.

Finally, I was able to break the surface of my alcoholic stupor, long enough to realize that we have expectations, which are shaped by the conditions of our environment, and affect how we perceive situations, and thus form “judgements”

Tonight’s renditions were, by no means the worst I’ve heard… that I was able to deal with.

I could deal with the smokey atmosphere… The drunken business men who were openly drooling over the singers… the intoxicated couples slow-dancing totally out of time to the music… the laser lights that occassionally caused blindness… I could deal with ALL of that. What I couldn’t face, was the mangling and twisting of language that was going on.

It started subtly… and with an accent, some of the issues may have been interpretive, rather than real. Roxette’s “Sleeping In My Car” became “Slipping In My Car”, and Ben E. King’s classic “Stand By Me” became what sounded like “Stan, Buy Me” As I say, those could be forgiven, or put down to the songs being sung in a second language.

(My three foreign language songs are Frere Jacques, Allouetta and Mon Payee Blue, so I am ABSOLUTELY throwing rocks inside my Glass House)

As a lyricist, the mangling of words…. whether by a foreign tongue, or by our own malapropism, is something that I find untenable, moreso because they were being paid to perform, and ostensibly, sing. More than a few folks have gotten rich, putting together compilations of “murdered” lyrics… “Scuze Me, While I Kiss This Guy” and such….

But here I was, and there were more than a few songs in a row, where the Lyrics were, apparently, not understood by the singer, and as such, were being abused, but with a ferocity that was hard to endure… so, despite the Whiskey Haze, we knew it was time to go. Kindly, the Destructive Power of Single Malt Scotch, combined with having to re-type this to make it comprehensible, have removed the last vestiges of the worst memories… the next day… Motrin… coffee… and time have cleared most details from my brain… although I know I shall never again hear Stevie Wonders “Overjoyed” without a twitch developing.

And now, hopefully, the song CAN remain the same !!!