It’s a Sunny Sunday Afternoon in September, here at BobSongs headquarters…  (hopefully you aren’t feeling tricked by the Blog title)  …and I’m kind of at sixes and sevens.  (A British term, meaning rudderless, or without direction or motivation) 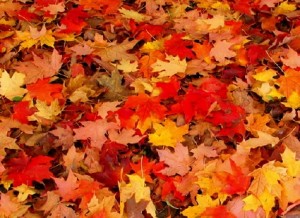 Y’see, I’ve been overcome with a sense of the malaise that Sunday sometimes brings.  I work REALLY hard Monday through Friday. Often starting early, and working into the evenings. By the time I catch up with my Sweetie, TV, Hockey, and stuff around the house… it is often quite late. Next day, get up, and do it all again.

Saturday is another beast, altogether. It is a day of go-go trips, getting stuff, doing the running around, visiting family… things that aren’t possible, during the weekdays.

Which brings us to Sunday… and in particular… this Sunny Sunday Afternoon in September.

I am looking at a desk that is covered in paper… (as is a large portion of the floor) The dust on the monitor is thick enough that I can still see the X’s and O’s game my niece started… but is starting to get fuzzy from the layer of dust that has added itself, since then.  The leaves outside are fairly insistent that they are NOT going to rake themselves, nor is the deck furniture going to stack itself, in preparation for Fall.  I’m 7/8’s of the way through cleaning up the Garage, but the car doesn’t QUITE fit inside yet… (and I haven’t yet received the motivation of that first frosted window scrape.)

But, instead of doing any of these things… or just enjoying the sunshine… I am seeking the solace and companionship of a computer keyboard, and trying to justify to myself (and you, gentle reader) why I’m not getting off my tookus… getting out, and getting stuff done.

It MAY have something to do with being tired, worn out and weary…  Or it may be an early symptom of some oncoming disease.

Perhaps a nap would help… I’ll let you know !